When it comes to the topic of Elder Education, there is seemingly no boundaries to the knowledge available to us. Those who take the time to try and understand the aging process and the factors that influence tend to be the most successful at cultivating safe and happy environments for seniors.

The Elder Education series is intended to shed some light on what it means to be a senior by exploring aspects of life such as the physical, social, and psychological changes that occur as we age. With the immense amount of information available to us we will only be able to scratch the surface here. But our hope is that you will finish reading this thirsty for more knowledge on the aging process and how it affects those that we love. And remember, we will be continuously exploring all things aging on our BLOG.

The prejudice or discrimination against someone because of their age is called ageism. Originally the term was coined in 1971 by Robert Neil Butler to describe discrimination against seniors, but has since expanded to include other age groups as well. For the sake of our Elder Education series, however, we will focus on how older people are viewed and treated based on their age.

The most typical stereotype associated with seniors is that they are either close to childhood, or close to death. Their physical and mental capabilities are viewed as in decline and therefore they are perceived in a child-like state where their decisions must be made for them. Negative aging stereotypes like this are thought by many to contribute to health problems in the elderly without their knowing. Several studies which exposed seniors to positive aging stereotypes showed significantly higher self-confidence and mathematical performance. Still, there is much progress to be made on the effects of ageism on seniors in our society.

The idea of retirement is a relatively new one when viewed in the larger scope of human history. Germany was the first country to introduce it in 1889, and retirement as an expected part of the life cycle wasn’t prevalent until the 20th century. 63% of elderly men were active members of the American labor force in 1900; within a century that number fell to less than 17%.  People have differing opinions on what to make of this, but in general, seniors look forward to retirement. It’s important to understand the mental impact it has on older American’s, and according to Robert Atchley and Amanda Barusch, there are phases of retirement experienced by seniors. Some of these phases are below.

Losing the person closest to you will obviously take it’s toll. It’s important to try to fully understand the impact it can have on a seniors life. One of the biggest factors that are overlooked is that the person does not just lose their spouse, but also their own identity/role as a husband or wife. This loss of ones own identity differs from marriage to marriage, but is usually felt in one form or another when someone loses their spouse.

For many women, widowhood is described as a transformation period instead of one of recovery or adjustment. Their changing circumstances and relationships strip them of who they once were in their own minds and force them to view themselves differently. Dr. Will Van Den Hoonaard refers to this issue as identity foreclosure, meaning that these women who lost their husbands no longer have the resources socially to hang on to their identity.

Men who lose their wives will also usually have a difficult time coping, but often for differing reasons than women. One of the biggest differences is that many men simply assume that they will die before their wives. They have not prepared themselves mentally to be the survivor and it can take its toll. Similar to women, however, men also feel the loss of identity when their spouse passes. Men will look to remarry more often than women as a way to reframe their identity as a husband.

We will be continuing to add to this Elder Education section, so please continue to check back for updates. Also, check out our blog for regular posts on the aging process and how it can affect those that we care about. 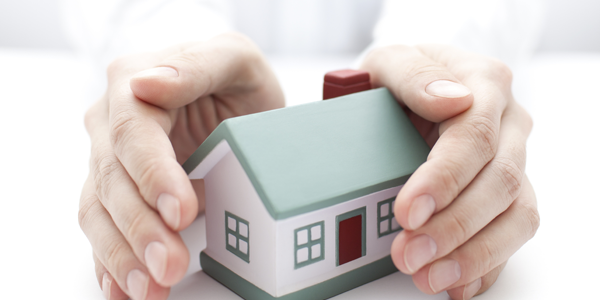 There’s No Place Like Home. Stay There. Northwest Senior Care offers free home safety checks for any senior in Seattle, Bellevue, or any other city within King County. Millions of seniors require emergency medical attention due to unintentional falls every year.

The Future of Home Care

Technology Will Save Seniors… And Their Wallets. With technology solving problems for industries around the globe, Northwest Senior Care has strived to incorporate these advancements into the realm of senior care. The result is a hybrid senior care technology aimed to reduce costs for